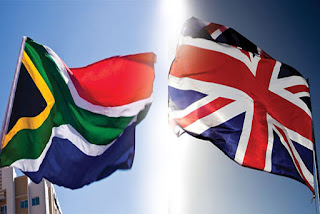 You need to have a grandparent who was born in the UK. This visa is or 5 years and allows working in the UK including working for yourself. There is no minimum amount of savings or income you need to have/earn, and generally, it is a very flexible option that leads to settlement after 5 years.


#2 British Citizenship for those born before 1983 to a British mother.

Nationals of the Commonwealth countries tend to have the highest chances under this route. Before 1983 women couldn't pass their British nationality to their children born outside the UK (only men could). In 1983 this unfair rule was brought inline with the modern times. Those who were born before 1983 can now consider the option to claim British Citizenship (and therefore, a proper UK passport) but only if you meet all the requirements. In short, if this is your situation, you should be eligible for Citizenship if you had qualified back then (if we imagine that women could pass nationality). In practice, you would qualify if your mother was born in the UK and you were born abroad.

If, as we often see, your mother was born outside the UK, she could have only passed her British nationality to you if you were born in the UK. In this case, you could consider an Ancestral visa.

If a spouse/partner is a British citizen (including through the above route), they can sponsor the non-UK partner and children under 18yo to come to the UK for settlement. This is where Financial Requirement £18,600 applies (higher amount if children also need a visa).

If a child happened to be aged 18 or over, you can explore the other options, such as Ancestral or working holiday visas.

This comes under Tier 4 of the Points-Based System. It doesn't lead to settlement but it can be useful. For example, it allows you living in the UK with your British partner while you are “working” on the “living together for 2 years” rule for an Unmarried Partner visa.

A student visa doesn't lead to settlement but it allows to remain in the UK under the other categories, such as the above mentioned Partner visa and you could also qualify for specific conditions for a sponsorship work visa under Tier 2 (sponsorship of graduates is much easier than to sponsorship of workers who are based outside the UK).

This is under Tier 2, namely Tier 2 General. It leads to permanent residency after 5 years of working in the UK. The easiest route to this is to obtain a UK degree while on a student visa.

Sponsors (employers) can offer jobs to graduates without the onerous conditions of advertising a job to settled workers, they can also offer a lower rate of pay which would make your job of finding a sponsor easier. Once you are working and doing well, they will be happy to keep you in employment and increase your salary inline with the Tier 2 requirements.

It is also possible to find sponsorship while still outside the UK but it would be more difficult with employers not knowing you, and also there will be more conditions on pay, advertising to settled workers and also the annual limit (except doctors, nurses and some other in-demand professionals).

You should consider an Ancestral visa first, and only then this one. On this visa you will be tied to your sponsor (employer) while on the Ancestral visa you could work for anyone.

This is under Tier 1 and requires GBP 200,000 to set up or take over a business in the UK, create 2 jobs for settled workers.

Generally, this is a visa for business people who are genuinely intending to run a business in the UK. Unlike the above option, you don't need a sponsor but will only be able to work in your own business.

Again, your first choice should be an Ancestral visa and only then this one.


#7 Representative of an Overseas Business visa.

Formerly known as a Sole Representative category. It is a more affordable route than a Tier 1 visa because there is no minimum amount of funds required. No need to create jobs in the UK. If you work as a fairly senior manager for an overseas company they can post you to the UK to open a branch here. You will be restricted by being able to work only for them but you will also be able to switch to another visa, such as Tier 2, if you prefer. This category leads t settlement after 5 years.

This is also under Tier 1 and is a more serious version of the entrepreneur route. You need 2 million British Pounds and would have to invest it in UK Government bonds or UK companies.

We often see South Africans arriving in the UK on a European passport, most commonly Dutch, Polish and Belgian. Maybe it's to do with those countries’ nationality laws making it easy to claim a passport through the ancestors!

If you are able to claim European nationality - and a passport - from an EU country, you can still benefit from the freedom of movement between the UK and the EU, as long as you “start” in the UK by 31.12.2020. Doesn't matter you arrive on, say, 30th December, and the rules change 2 days later, as long as you “start” by then, you will be able to carry on until settlement, ie as if Brexit didn’t happen.

Now, if a spouse/partner is a European citizen (including through ancestry, as above), they can also bring their families (spouse and children under 21 yo) to the UK before 31.12.2020, which is the cut-off date for arrivals before Brexit.

Email ThisBlogThis!Share to TwitterShare to FacebookShare to Pinterest
Labels: Brexit, British Citizenship, Immigration News and Tips, Indefinite Leave to Remain (ILR) in the UK, Most popular on Facebook, UK visa

Found this blog useful? Buy me a drink.